In 2012, then-Chair Pat Pearce asked Doug Geller to spearhead a compilation of club history and to assemble a committee of individuals with knowledge about the formational years of the club.

Meanwhile, TRU student Nicole Gobeil conducted several interviews with longtime club members, and did other research, and wrote up a first draft of the club history as part of a university project and then turned her work over to the club.  Knowing nothing about how to compile a history of anything much less a ski club with nearly a half-century’s worth of stories to tell, Doug enlisted the help of friends and club members like Sue Spiller, Peter Tassie, Lloyd Mitchell, Heinz and Liz Stussi, Don and Kathy Wylie, and many others.

By adding to Nicole’s research, Doug was able to assemble a fairly detailed history of the development of cross – country skiing in the North Okanagan –  tracing its beginnings back to the early days of skiing on Silver Star before there was improved road access, and highlights of the years to follow.  The resulting 65 page booklet is available for all to view and download. It features biographies of five of our most influential club members, and is graced with numerous period pictures, and has several recent photos donated by professional photographer and club member Jeff Bassett.  Hard copies of the history booklet will be available for viewing at the Day Lodge once the ski season begins.

1939 – City of Vernon donates a log cabin to the club on Silver Star Mountain at Vernon Lake, now Sovereign Lake. Silver Star was used by the more adventurous members of the Club with sleeping accommodation at the Sovereign Lake cabin. Skiers from Kelowna, Summerland and Penticton also joined them on many weekends and holidays.

1940s – Since Silver Star is not easily accessible, the Club decides to move to Birnie Range, south and west of Okanagan College in Vernon, and west of Highway 97, where the terrain is easier and more accessible. Here they hold their First Annual Four-Way Championships; this included ski jumping, cross-country, downhill and slalom.

1973-1974 – In 1960s, cross country skiing is largely dormant around Vernon until revived as the North Okanagan Cross Country Ski Club. Keith Brewis organized the club, originally thinking of it as a branch of the Silver Star Ski Club (the downhill racing club) but eventually emerging as a distinct club.

1978 – The first loppet (ski marathon) of the NOCCSC is held at the Stussi farm on Cedar Hill Road near Falkland. More loppets and other club events are held at the farm over the next few years.

1981 – the marathon is moved to Sovereign Lake and is held in January.

1974-1988 A total of 14 trails are created, mainly through volunteer labour. The first trails include Mystery and Black Prince created between 1974 and 1978, then Woodland Bell, Wylie’s Loop, Half Sovereign and Sovereign, Silver Queen, Maid of Vernon, Prince of Wales, Aberdeen, Montezuma, Gold Mountain, Lars Taylor Way, Montezuma and Montezuma’s Revenge, and White Elephant were created.

2005- The Sovereign Lake Nordic Club hosts a FIS World Cup. Trail improvements are made to facilitate these events.

2007 – Sovereign hosts a spring camp, opening for about 9 days in the middle of May. This continues for several years. Scott Lemon starts as General Manager. 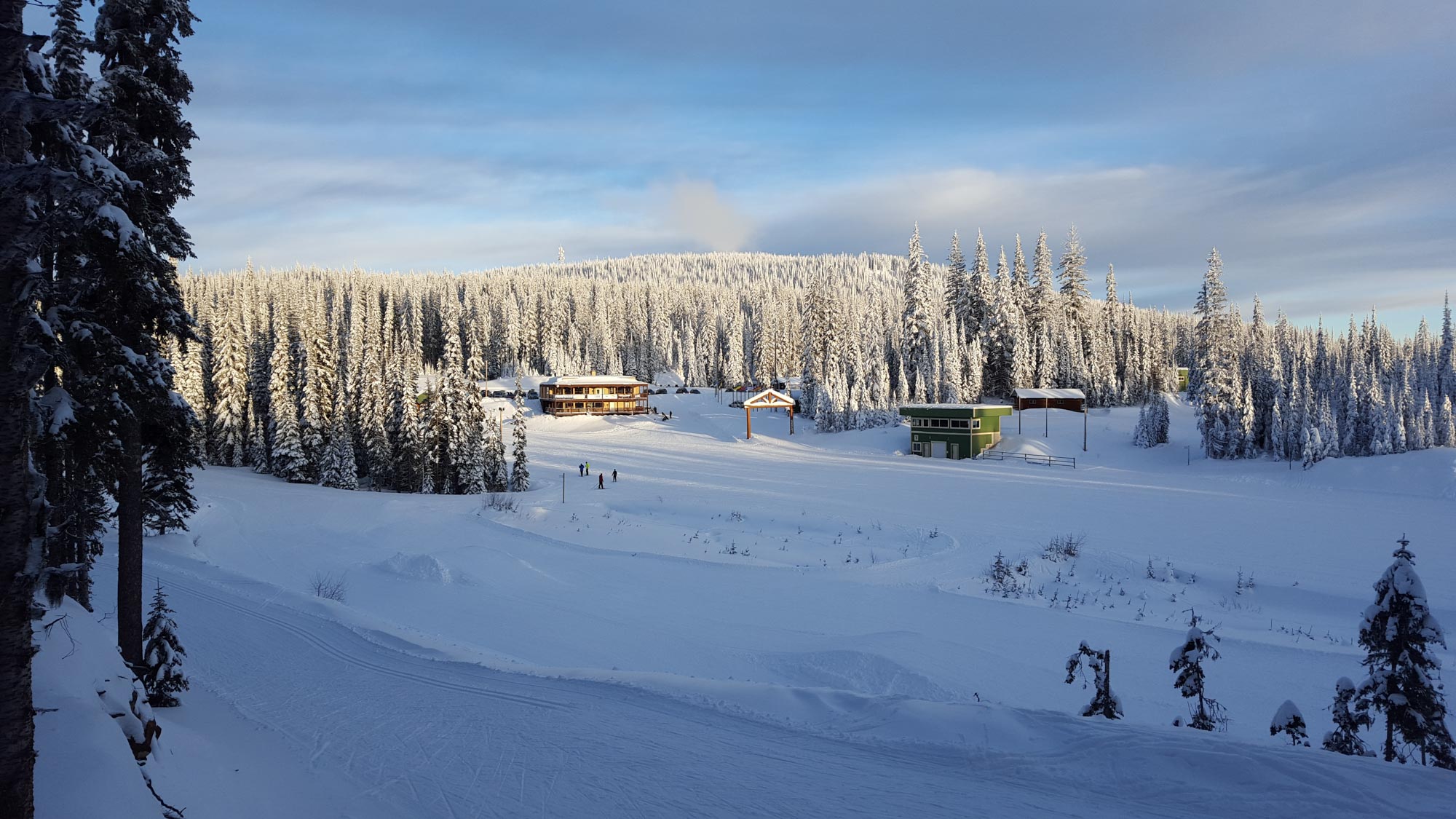